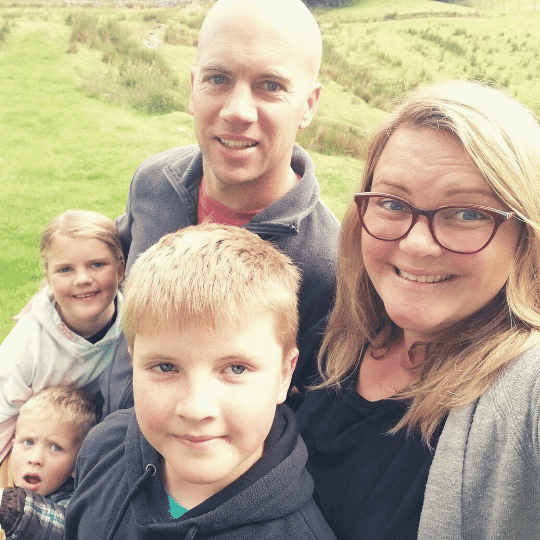 I got to meet my parents for lunch today, for probably one of the last times before they move to their new home in a new province. I sat back a while and watched them as they snuck packets of popcorn out of their bags for the kids, with an extra treat of gummy sharks to follow. The children climbed everywhere, spilling toys and talking over each other whilst vying for everyone’s attention.
It was loud. It was messy. It was straining. And through it all, my parents were unperturbed.

But they weren’t always like that, oh no. If it had been me as a child I probably would’ve gotten a solid reprimand about table etiquette, whilst their eyes darted around the room to see who was watching. They’d have worried about me looking smart, sitting still, and behaving in a public space. They’d have been discussing school and costs, extramural activities, who was fetching who, and whether or not the friends we had were a good influence.

And yet as I sat watching my parents, I saw a side to them that I didn’t experience as a child. I often see posts circulating about how our parents spoil our kids, and they weren’t like that with us. And it’s true, they’re different with their grandkids.

I have an idea, and I hope that my description will adequately explain it. I believe life is made up into thirds.

𝗧𝗵𝗶𝗿𝗱 𝗢𝗻𝗲:
The “I don’t know to care” years: school and varsity when lunches were made for us and somebody always washed the clothes. We didn’t have to fend for ourselves and our safety net consisted of family and friends to surround us.

𝗧𝗵𝗶𝗿𝗱 𝗧𝘄𝗼:
The “I care about everything” years: when we’re working towards goals, raising children, and fighting to keep above the breadline. We’re tense, often overbearing and a little too caught up on making all the pieces fit.

𝗧𝗵𝗶𝗿𝗱 𝗧𝗵𝗿𝗲𝗲:
The “I know what to care about” years: the years where we have walked through the hardships of life, and we can look back and value what really matters.

If you’re under 55, then you’re joining me in the second third of our lives. We are stressing about school fees, putting food on the table, and that next career move. We all vary in between those factors, some of us are under more strain than others. But ultimately we are in a phase where we are trying to rear and shape children, reigning them in and preparing them for the world to come. It’s a tough stage.

We’re exhausted, running around trying to balance life, the home, and everything in between.
We find ourselves fussing about things like the length of screen time, and should they eat butter or margarine? We worry about things too, like did child three brush his teeth, did I put R5 under the pillow for the tooth mouse, and will little Johnny ever crawl because his friends already are. We get caught up in a toy left on the floor, a bath towel not hung and lunchboxes left in schoolbags over the weekend. We become tense and pent up, run down and emotional We question, we second guess ourselves, we make changes and adjust as needed – without enjoying much of it at all.

The last third of our lives is where we find our parents. They’ve been through it all, they passed the first two thirds and raised us well enough to get us to where we are today. But they know something we don’t, one of those bits of information that only seems to make sense when you’re in the final third. I realised it today, and I understand that my parents are right. Now, more than ever.
Not much of the second third of our lives actually matters. We focus so wholeheartedly on the small things, that we miss out on the bigger picture. And with that sudden clarification, they overlook their grandchildren’s behavior and feed them sweets right before a meal. They forgo the mess on the floor in turn for cuddles and smile at the quips and quirks of the kids instead of bringing them into line. They let them play and mess, and just be kids. But why? Because they see the bigger picture. They know the value of time. They see, looking back, just how short life is. That there is precious little time to hold the children close, to enjoy their antics and peals of laughter. There will always be time to clean, and cook and make the next career move – they’ve done it. When we left the house, they began to live their lives again. And as much as they had longed for it, they long for us more.

I’m not saying we should let our kids run rampant, without rules and consequences. But I am saying that in so many ways, I want to raise my children as if I’m living in the last third of my life. Focusing on the precious moments and less on the mess in the house. Cuddling with them in bed a little longer, instead of rushing to clean the kitchen. Listening to their stories and asking questions, instead of telling them to be quiet so that I can focus on the email I’m writing. Spending more time admiring them, rather than chasing them away so that I can have five minutes of peace.

My parents are right, one day we will long for the second third of our lives. One day, when our homes are clean, the house is quiet and we stare into empty rooms wishing they’d come home.
Perhaps, we should live a little more like the grandparents our parents have become.